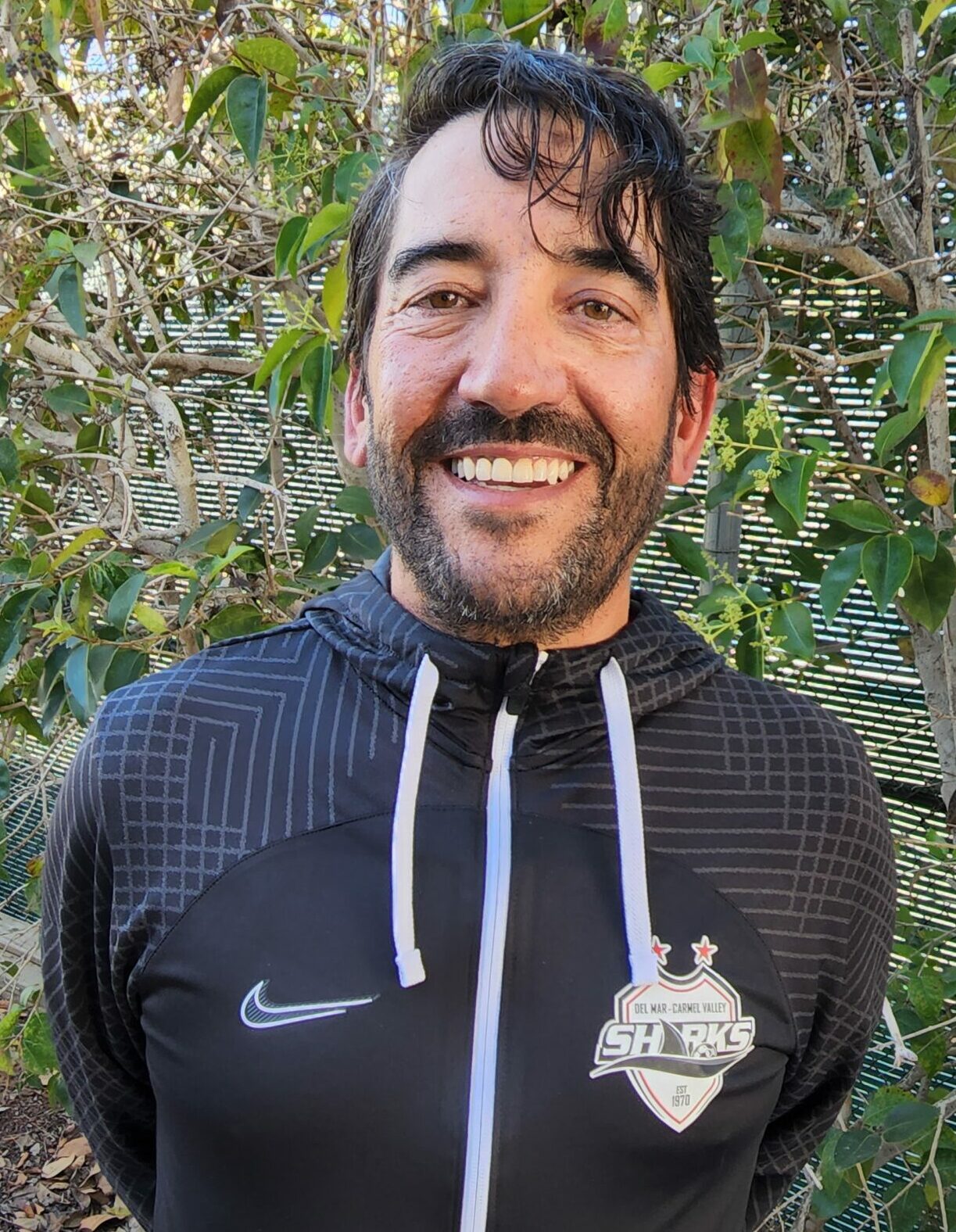 Coach Duarte Andrade join the DMCV Sharks in 2013. Duarte was born and raised in San Diego and played at Point Loma High School and collegiately at Point Loma Nazarene University.

At the Sharks, he is a Coach, Assistant Director for the Boys, and our Goalkeeper Academy Director.

Duarte was nominated the Sharks Boys Coach of the Year in 2017 & 2018 and led the B2009 team in 2020 to the Cal South State Cup President’s Division Championship. Additional achievements of Duarte are:

Duarte is the Co-founder of socalfutsalclub.com which was established in 2019.