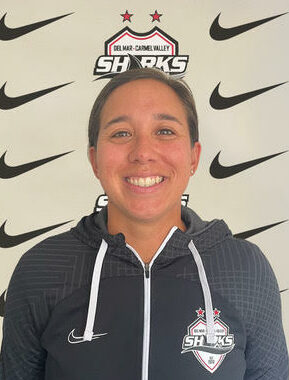 Cris Lewis, a former reserve goalkeeper for the National Women’s Soccer League’s Portland Thorns, joins Sharks from Bridge City Soccer Academy in Portland, OR, where she served as the Director of Player Development. At Sharks, Lewis will serve as the Girls ECNL/ECRL Director of Goalkeeping.

A former graduate of Portland State University (Portland, OR), she was named the Big Sky Defensive MVP in 2009 and was a four-year starter, holding the Vikings’ career records for saves (375), saves per match (5.68), goalkeeper wins (24), and is tired for career lead in shutouts (17). Lewis earned all-Big Sky honors all four seasons of her career, and helped lead the Vikings to the program’s first outright Big Sky regular-season title in 2009, when she set a then-PSU single-season record for shutouts with eight.

Lewis also spent a season as a team and girls ECNL goalkeeper coach for the Atlanta Fire United Soccer Club in Atlanta, GA.

Congratulations to our Girls 2009 for being invite

A bad game doesn’t make you a bad player. Don’

CONGRATULATIONS to all of our Sharks out there! Th

Good luck to our Boys NL & RL teams this weekend!

Good luck to our Girls NL and RL teams this weeken

Goodluck to all of our SoCal Teams competing this

As we move forward, it’s clear to us that we nee

Last but not least, Good luck to our SOCAL teams t

Both our ECNL & RL girls have matches this weekend

Weekend Match for our ECNL Boys. Good luck to all

Congratulations to some of our 2009 Boys - Xavi, M

Off the Pitch Series. Meet our Directors: Emma Gr

Our ECNL & ECRL girls also start their league this

ECNL and ECRL starts this weekend for our boys. G

Congratulations to Coach Whittaker and our 09 NL g

Congratulations to Coach McIntyre & our 2014 boys